Emmy award winner, Professor in film and Director, Prof. Rumle Hammerich, will be back in Kampala in November 2013 for the third year running to give a two day intensive Master Class for film Directors. The Master Class will focus on the different kinds of tools that a film director needs in order to be prepared for a film shoot from pre production to post production.

The focus of Master Class will be:

Film excerpts will be shown during the master class.

Application  is open for both established Directors and upcoming filmmakers.

To participate please submit a half page bio to info@maishafilmlab.org before 5:00pm on or before November 8th, 2013.
Please include cell phone number on the email.

We will only be admitting forty (40) applicants. 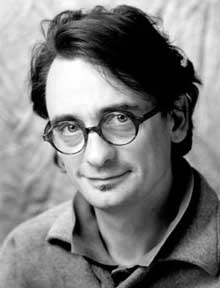 Emmy award winning film director and professor in film directing, Rumle Hammerich graduated from National Film School of Denmark in 1979. He worked as a director’s assistant, trailer editor and short film editor for a couple for years before beginning to direct features and documentaries. Rumle spent time at the Danish Broadcasting Corporation as a writer and director of KLIKK, a satirical youth programme. He then taught at National Film School of Denmark (direction) and at State Drama School. Rumle went on to work as Editor of film and arts magazine RAP and then directed commercials and rock videos before he was summoned to Sweden by head of TV drama Ingrid Dalberg to direct TV-movies as well as TV-series for SVT in Stockholm for 6 years.

Between 1994 and 2006, Rumle Hammerich worked in several other contributions in different positions including Head of TV drama at Danish Broadcast Corporation (1994), Head of Nordisk Film Production (the Nordisk Film feature dept.) – 1999,  Creative Director at Nordisk Film (2003). In 2005, Rumle co-wrote Emmy award winner “Young Andersen” a feature film and mini-series about the youth of fairy-tale writer Hans Christian Andersen. In between, Rumle has also been writing and directing many other films. Then in 2009, Rumle was appointed Professor in film directing at Lillehammer University College in Norway.  In 2011, Rumle delivered a Master Class in Kampala under the Project “Youth & Film Uganda” addressing the theme – ‘How to tell appropriate stories for youth.’ In the year 2012, Rumle was also appointed head of film directing at the National Danish Film School. Mr. Rumle is also a Member of the Education Council of the Danish Ministry of Education, as well as a Board Member on several committees including Aveny Theatre, Teaterhøjskolen Rødkilde and The European Film College.