Board Of Directors & Advisors

Mira Nair is an internationally acclaimed Indian director, screenwriter and producer who is known for her visually dense films that pulsate with life.

Nair is the rare prolific filmmaker who fluidly moves between Hollywood and Independent Cinema. After several years of making documentary films, Mira Nair made a stunning entry onto the world stage with her debut feature film Salaam Bombay! (1988). Now hailed as a classic, the film has received more than 25 international awards

, including an Academy Award nomination for Best Foreign Language Film in 1988, the Caméra d’Or Award at the Cannes Film Festival. Her second film, Mississippi Masala (1991) won three awards at Venice. Since, Nair made films such as The Perez Family (1993), Kama Sutra: A Tale of Love (1996), My Own Country (1998), The Laughing Club of India (1999). In 2001, Monsoon Wedding, won the Golden Lion at the 2001 Venice Film Festival, becoming one of the highest grossing foreign films of all time. Nair then directed the Golden Globe winning Hysterical Blindness (2002). After making William Makepeace Thackeray’s epic Vanity Fair (2004), she directed a film based on Jhumpa Lahiri’s best-selling novel The Namesake (2006). This was followed by the Amelia Earhart biopic, Amelia (2009) starring Hilary Swank and Richard Gere.

Nair is an avid maker of short films, and has contributed to 11.09.01 (2002) in which 11 renowned film-makers reacted to the events of September 11. Other titles include How Can It Be? (2008), Migration (2008), New York, I Love you (2009), and her collaboration with Emir Kusturica and Guillermo Ariaga on a compilation feature Words With God.

Her latest film, The Reluctant Fundamentalist, was a thriller based on the best-selling novel by Mohsin Hamid. It opened the 2012 Venice Film Festival to critical acclaim, and was released worldwide in early 2013.

A long time activist, Nair set up an annual film-makers’ laboratory, Maisha in Kampala, Uganda. Since 2005, young directors in East Africa have been trained at this non-profit facility with the belief that “If we don’t tell our stories, no one else will”. Maisha is currently building a school with Architect Raul Pantaleo, winner of Aga Khan Award for Architecture, and his company Studio Tamassociati.

In 1988 she used the profits from Salaam Bombay! to create Salaam Balak Trust which works with street children in India.

In 2012, Mira Nair was awarded the Padma Bhushan – India’s second highest civilian honor – by the President of India.

Lydia Dean Pilcher (Producer) has produced numerous award-winning independent feature films, including the recent Sony Pictures Classics release of the international co-production, The Lunchbox, directed by Ritesh Batra, and she was nominated for an Oscar for the Sundance award-winning documentary, Cutie And the Boxer. Lydia has produced over 30 feature films including ten movies in a long-standing collaboration with director Mira Nair, as well as films including The Darjeeling Limited directed by Wes Anderson

and You Don’t Know Jack, directed by Barry Levinson. She is the founder and president of Cine Mosaic, one of New York’s leading independent production companies and has forged relationships with a wide range of talent and business partners in the US, Europe, India, Turkey, Africa and the Middle East. She is currently in production with director Brian De Palma on “Happy Valley” and is headed to production later this year with “Queen of Katwe” a Disney feature film, to be shot on location in Uganda with director Mira Nair. Pilcher is also producing a South African-German co-production: Fela – Music is the Weapon, a feature based on the life of Nigerian musician and political activist, Fela Kuti. Pilcher is Vice President of Motion Pictures of the Producers Guild of America. She is a Founder and Chair of PGA Women’s Impact Network, and is a Founder and Chair of PGA Green, an active committee since 2006 dedicated to supporting sustainability in the entertainment industry, and winner of the 2011 EMA Green Production Award. In 2005, Women’s eNews, named Pilcher one of the 21 Leaders for the 21st Century.

Musarait Kashmiri studied at the University of Toronto, Laval University and York University, earning several certificates and degrees, including a Masters in Project Management. Musarait is the Operations Director at Ongeza Tanzania Ltd. Before that she served as General Manager of Good African Coffee Ltd in Kampala, the Chief Operating Officer of a marketing and communications VR Promotions in Kampala.

She has also served as Deputy Managing Director for FGA, a registered German NGO operating relief and rehabilitation projects in East Africa, particularly in Southern Sudan, Rwanda, DRC and Uganda. Her volunteer services include being on the Board of Directors for both Maisha Foundation Uganda and Bayimba Cultural Foundation. She is also a member of the Asian African Association Uganda and a Member of the Board for Ryan’s Well Foundation based in Canada.

Cathy Watson is head of development at the World Agroforestry Centre in Nairobi. Previously she founded/co-founded two NGOs in Uganda: Straight Talk Foundation and Mvule Trust. A graduate of Princeton, she has 25 years of experience in Africa with a focus on trees, youth, sexuality and families. She is currently pursuing a certificate in agroforestry at the University of Missouri. 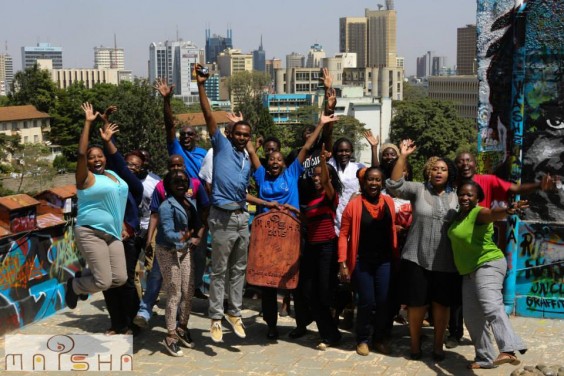