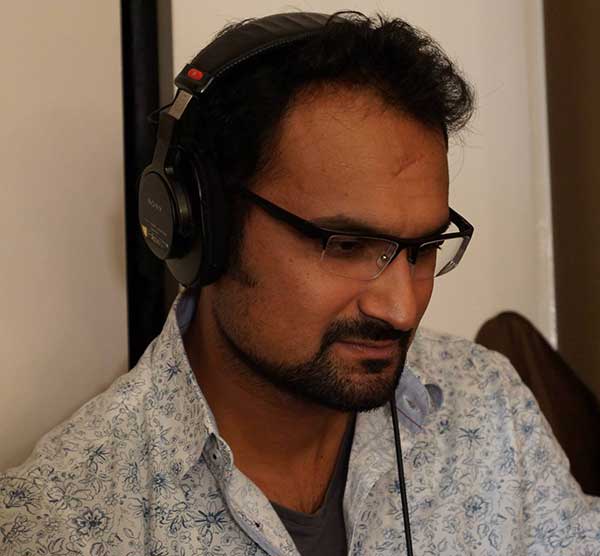 Vivek attained a 3 year Diploma in sound recording and sound engineering from Television institute of India (FIII), Pune. He has worked on quite a number winning feature films and documentaries sa a sound designer and production sound mixer.

Vivek worked on Slum Dog Millionaire, which won 10 Oscar awards including, sound. In 2006, He worked as a Dubbing Engineer and assistant sound designer in ‘Zinda’, 2005 worked as an associate sound engineer and production sound mixer in ‘Ghandi My Father’.

He worked as a location sound and sound designer on the documentaries ‘Leaving home’, ‘Chukkar and the Race.’