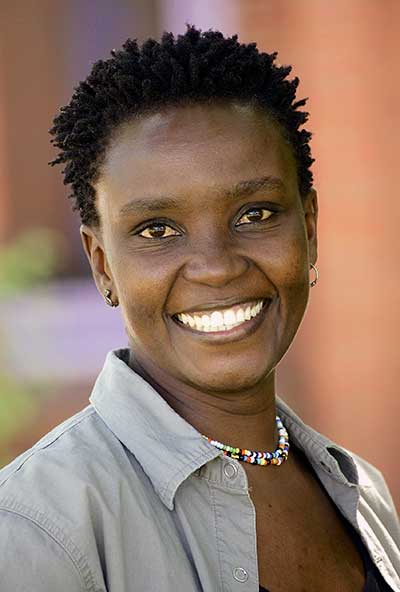 Vicensia Shule (Dr.Phil.) is a recycle-designer, filmmaker and a senior scholar at the Department of Creative Arts, University of Dar es Salaam, Tanzania. Started her career as an actor two decades ago; she currently works as an independent producer/director for theatre, video film, radio and television productions. She has researched and published extensively on matters related to arts, media, cultures, and gender in Tanzania and Africa. She is the founder of Mkulima Market, a digital creative market avenue for agribusinesses in Tanzania, a co-founder of Sanaa: Journal of African Arts, Media and cultures and an initiator of Sanaa App, a research, entertainment and market hub for creatives in Tanzania. Vicensia is a gender expert who has devoted most of her time in the transformative feminist movement building in Tanzania and Africa for over a decade. She is the current chair of TGNP Mtandao, one of the major feminist organizations in Africa.