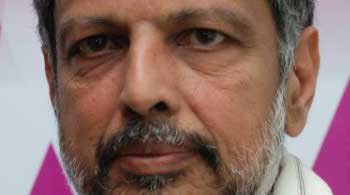 Rajen Kotheri was born into a business family. Although he wanted to join Medican School, his grades were wanting to join so he accepted his father’s advice and converted his hobby, still-photography, into a profession. However, there was no formal training available in stills at the time, so he joined the Pune Film School and trained as Cinematographer.

Graduating in 1976, Rajen stayed put with Cinematography. After gaining work experience as First AC for four years, He branched out on his own in 1980. Rajen has mostly worked Narrative Films ever since. His major body of work over the last decade have been the baton of Mr. Shyam Benegal.

Rajen headed the cinematography Department at whistling Woods International, in Mumbai since its inception, and he is now a full time faculty member. He has been a Visiting Guest Faculty with the two major film schools in Pune and Kolkata for over a decade now. In addition, Rajen has two features and a couple of shorts to his credit as Director.