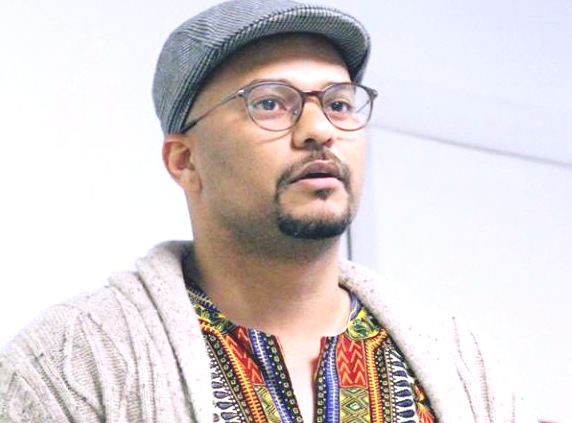 Perivi is an award winning Namibian filmmaker. He grew up in Windhoek and studied film at Columbia College in Los Angeles where he attained his BA.

His first feature film The Unseen had its world premiere at the Pan African film festival in Los Angeles in 2016. It went on to play at several international film festivals including Busan in South Korea and in competition at Durban. The film recently won Best Film at the Innsbruck International film festival in Austria. City Press called it “an entirely new kind of cinema, inventing for itself a new language, refusing to be trapped in the past or shaped by white or western film models the way many South African films still are.”

Perivi holds an MA in African Cinema from the University of Cape Town and is a PhD candidate in Visual History at the University of the Western Cape. He has  attended the Berlin and Durban Talents and was mentored under Haile Gerima at the Luxor African Film Festival’s yearly workshop series.

Perivi previously served as Chairman of the Filmmakers Association of Namibia.  Aside, he has written extensively for the Windhoek Observer, Africa is a Country and Okay Africa on issues such as culture, identity, race and genocide. He has  presented papers and guest lectured at the University of Westminster,  Nottingham Trent University and SOAS focusing on film and race in African  cinema.