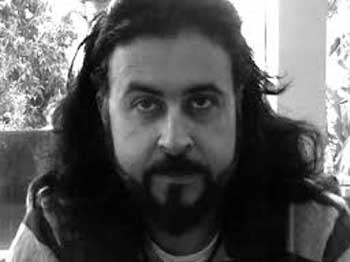 Osama Qashoo grew up in Palestine. He worked as a radio DJ, and studied at Birzit University in Ramallah.
He first took up a camera in reaction to the unbelievable scenes around him. He found that soldiers at check points and during curfews behaved differently if they had a camera lens pointed at them. Gradually, Osama came to learn how to make short reports and documentary films, working within various media organizations.

When he came to Britain, Osama enrolled at the National Film and TV School, specializing in documentary. While there he produced his trilogy ‘A Palestinian Journey’ which won the Al Jazeera New horizon Award in 2006. His latest film, ’Soy Palestino’ premiered at the Dubai Film Festival.

His documentaries have been screened all over Europe and he has traveled the world to describe the situation in Palestine.
Osama has photographed for Reuters and has been consultant with BBC and Channel 4.