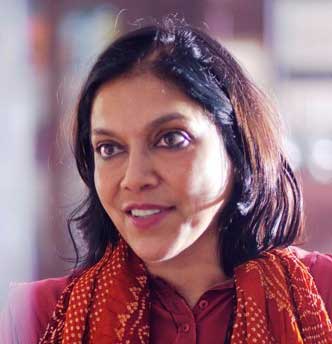 Mira Nair is the rare, prolific filmmaker who fluidly moves between Hollywood and independent cinema. After several years of making documentary films, Mira Nair made a stunning entry on the world stage with her first feature, SALAAM BOMBAY! (1988), now hailed as a classic. It was the first Indian film to win the coveted Camera D’Or at the Cannes Film Festival in 1988, followed by more than 25 international awards including an Academy Award nomination for Best Foreign Film at the Oscars in 1989. Nair then directed MISSISSIPPI MASALA (1991), THE PEREZ FAMILY (1995), KAMA SUTRA: A TALE OF LOVE (1996) and MY OWN COUNTRY (1998). In 2001, Nair’s MONSOON WEDDING won the Golen Lion, Venice’s top prize in cinema, becoming one of the highest grossing foreign films of all time. Her film for HBO, HYSTERICAL BLINDNESS (2002), gave Uma Thurman a Golden Globe for the Best Actress, and Emmy Awards for Ben Gazzara and Gena Rowlands. Nair made Thackeray’s VANITY FAIR (2004), followed by the acclaimed adaptation of Jhumpa Lahiri’s THE NAMESAKE (2006), starring the great Irrfan Khan and Tabu. In 2009, she directed the aviation epic, AMELIA.

In 2012, Mira Nair was awarded the Padma Bhushan, India’s distinguished honor for work in the arts. Her most recent film is THE RELUCTANT FUNDAMENTALIST based on the novel by Mohsin Hamid. She is currently in production of the stage musical of her film, MONSOON WEDDING, due to open on Broadway in 2014.

Nair lives in New Delhi, Kampala and New York City with her husband and son.