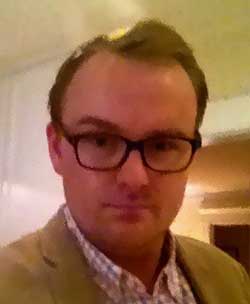 Matthew Bell is an award-winning writer, director and Cinematographer based in Los Angeles, California. He earned a BA in English and Economics at Georgetown University in Washington, DC, where he excelled as a playwright and additionally worked at CNN’s Washington Bureau as a researcher and Associate Producer for the network’s long-form documentary program, CNN Presents. From there, Matthew moved to Los Angeles to obtain a Masters in Fine Art Degree In Film Production from the University of South California Graduate School of Cinematic Arts. While at USC, Matthew wrote and directed myriad short films, produced an hour-long documentary on California car culture, which aired for over a year on public television, and worked as the Director of Photography on the film Oblivion, Nebraska, which went on to great success at film festivals worldwide. Matthew spent several years after completing his degree at USC directing music videos and photographing live music throughout the United States. His videos have appeared on VH1, Country Music Television and the New York Times website. In 2006, Matthew’s screenwriting career began in earnest when his feature-length drama scripts, 149 Feet, reached the semi-finales of the Academy of Motion Pictures Arts and Sciences’’ Nicholl Fellowship, he most prestigious screenwriting contest in the United States. 149 Feet went on to sell to Warner Brothers and Industry Entertainment. Matthew followed with island in the grace, a feature speculative history drama a but Cuban baseball players defecting to the United States in the wake of the Castro regime’s demise, a script, which sold to Sony Pictures Entertainment. Next came Generally recognized as safe, a feature assignment Matthew wrote for Sugar Mountain Films and now set to star Renee` Zellweger. Most recently, Matthew created and wrote the hour-long drama television show, the avenues, which he sold to Working Title Television and NBC, which is currently in production.