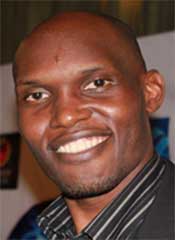 After film school in Amsterdam, where I majored in Directing at the School of Audio Engineering and Film Academy, I briefly worked for Sony England at the International Broadcasting Convention, IBC in Amsterdam RAI for two years (2003-2004) where I exhibited their newest cameras to the world including their first High Definition Cameras. I went on to freelance on small film projects in Holland where I lived and worked for 8 years. I embarked on returning to my home country Uganda in 2005 to start an audiovisual production company “Bish Films Ltd” with my younger brother Roger Mugisha.

I have two features (“Battle of the Souls” and “State Research Bureau”) and two short films (“Cut That Thing” and “A Good Catholic Girl”) under my belt as a director at BISH FILMS that have won the company accolades around the world including the A.M.A.A.S, KIFF, UFF, PIFF, ZIFF just to mention a few and numerous special mentions in PAFF in Los Angeles, VIFF in Italy etc…I have also directed three television features for Mnet Africa which are currently showing on their network channel. My main reason as to why I returned home was to try and develop a culture of filmmaking in Uganda. I wanted to see an industry develop and I’m currently lecturing in and around Kampala about film. My success in filmmaking gave me the chance to co-produce a short film “A Good Catholic Girl” with Focus Features back in 2010 which was accepted at the Cannes Short Film Corner in 2012 and went on to win accolades in and around Africa.