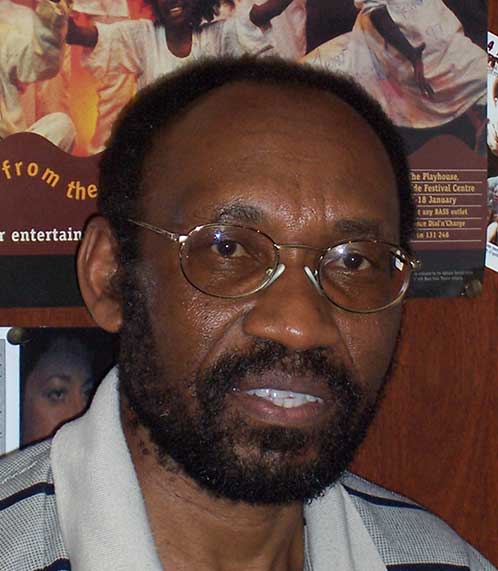 Dr. Martin Mhando is Research Fellow in the School of Media, Communication and Culture at Murdoch University in Western Australia. As well as being Co-editor of the Journal of African Cinemas, published by Intellect, UK, he is also Festival Director of the Zanzibar international Film Festival (ZIFF).

He often serves on festival juries and also curates film festivals. His other accomplishments includes being recipient of a Lifetime Achievement Award- (ZIFF 2012-) as well as a recipient of Zeze Award 2006- in Tanzania- as acknowledgement of his contribution to the arts in Tanzania.

He is also winner of The Paul Robeson Award (2004) for the film Maangamizi for Excellence in Independent filmmaking. Maangamizi was Tanzania’s and Africa’s first film to be selected for the Academy Awards in the Foreign Language Section in 2001.His other films include Liyarn Ngarn (65min) Doc, 2007, Australia, Finding a Place (20min) Doc, 2004, Australia, Ten Years of SADCC, (58min), 2000, Zimbabwe, Mama Tumaini, (60min) Tanzania/Norway1986, Yombayomba (91min) Tanzania 1985.