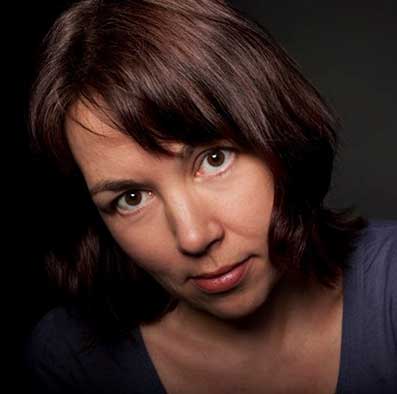 Maria made her directorial feature film debut with the romantic comedy Double shift (2005). The film opened the Gothenburg International Film Festival and it has screened at numerous film festivals around the world. The film won the special Jury Award for Best comedy feature at the world fest Houston.

Maria graduated with Honors from the directing program at Columbia University in New York. With her thesis film changing directions Maria was awarded the polo Ralph Lauren Award for best Screenplay and the premiere Magazine Audience Choice Awards and it screened at numerous film festival has around the world. Maria has developed a feature length screenplay based on this short film that she directed. Maria is also attached to direct the feature film Hello Goodbye, scripted by Maria and co-writer Janne Wallin.
Maria wrote and directed on Hour-long drama for Swedish Television, Love at the Arctic Circle (En busslast karlek). She wrote a drama series for Swedish Television based on the successful Swedish biography Hiunsehaxan (The Jail Bird).

Aside from directing and writing endeavors, Maria has worked as a production manager on commercials, music video and independent projects in New York and in Stockholm. Maria has also taught writing and directing classes in Sweden as well as abroad and has been a noted member of the Endas International Screenplay Competition headed by Syd Field.