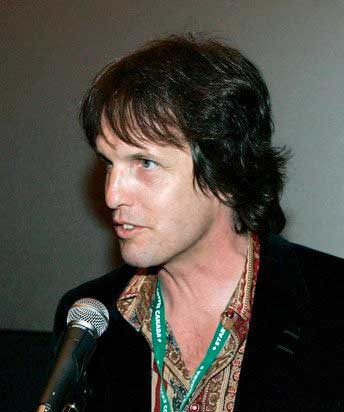 Leonard Farlinger is a writer/director/producer. “The Perfect Son” was nominated for two Best Actor Genies (Canadian Oscars). He is a three-time Genie Nominee for best short film. His next feature as writer/ director shooting in Spring 2010 is a road movie entitled “I’m Yours”. He is currently adapting the feature screenplay of Rudy Wiebe’s Governor General Award winning first contact novel “A Discovery of Strangers”

In 2004, he directed the Gemini-winning MOW, “In the dark As story consultant, his credits include “Sugar”, “Retribution”, “All Hat”, “Leslie”, “My Name is Evil,” “Gerontophilia” and “League of Monster Slayers”.

Mr. Farlinger runs a film company, New Real Films, which in its 10 years has made 9 features. For more information go to www.newrealfilms.com