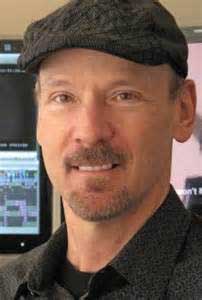 Percy Values his experience working with Maisha Founder Mira Nair on 2009 Amelia, starring Hilary Swank and Richard Gere. The film offered Nair and Percy and opportunity to truly explore the power of editing as they took the film through several different structures. He finished his Columbia Picture summer movie “Salt” with Angelina Jolie directed by Philip Noyce. Lee originally trained as an actor at Juilliard School. He Finds this background invaluable and considers himself lucky to have edited three films which won top acting Oscars: Hilary Swank for “Boys Don’t Cry,” Jeremy Irons for “Reversal of Fortune” and William Hurt for “Kiss of the Spider woman,” Percy also edited “Maria Full of Grace,” for which Catalina Sandino Moreno was nominated as best actress.

He edited several movies for HBO Films in 2009 and received Emmy nominations for two of them: Grey Gardens, with Jessica Lange and Drew Barrymore and taking Chance, with honors. Percy took home the Emmy for the Latter. All three of the actors won multiple honors. Percy was also recognized by his peers when he received an American Cinema Editor Eddie Award for Grey Gardens. He won his first Eddie a few years back for HBO’s “Against the Wall” one of several projects he did with the late John Frankenheimer. Percy was recently nominated for the HBO film “Mrs. Harris” with Annette Beginning and the Ben Kingsley.
Percy has worked often with director Barbet Schroeder on such films as “Before and After” with Mercy Streep and Liam Neeson, “Kiss of Death” with Nicolas Cage and Samuel L. Jackson, “Single White Female,” with Bridget Fonda and Jennifer Jason Lee, as well as “Reversal of Fortune” which starred Glenn Close with Irons.

Whenever he can Percy teaches editing to the graduate film students at Columbia University.