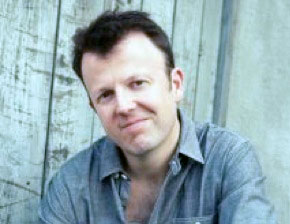 Justin currently works as a comedy screenwriter, director and performer in LA. His script “American Summer” starring Mathew Lillard and Efren Ramirez and directed by J.B. Roger (American Pie 2). He is cut a swath across the re write recruit and developed project with such Hollywood main stays as MTV Films, Imagine TV, warner Brothers and Nickelodeon. His script for ADRENALINE was developed by director Jeff Tremaine and Dick House Entertainment, and his also solidifying Financing for his independent film “Amsterdam” with his producing partner Kirkland Tibbels (Adam and Steve, Latter Days). Justin sold a pitch for the movie “The wakeup Call” to Fox Atomic with Millar-Gough producing, mainly to prove that he can write scripts that don’t start with letter A. His projects range from a family-oriented musical about high school show choir for Nickelodeon (SPETACULAR) to raunchy rated-R comedies (American Summer) to a true story about the 1982 NFL strike and how it changed football (The Unbroken Line).

Before moving to LA Justin trained and performed as a comedy improviser in Chicago, including at the famed Second City and at improvOlympic, where he trained with Del Close, the father of improvisation. He continues to perform in sketch and improv weekly in LA, and his improv group DR.GOD has performed in festivals all across the country including Boston, Montreal and providence (Yes, he knows Montreal isn’t in this county). In 2008 he launched the National Comedy League in 8 countries across the U S with Mathew Lillard hosting. Justin also got the hot seat opposite Regis Philbin in “Who wants to be a Millionaire? But the audience led him astray on a question about organic food. He is a graduate at Amherst College and he grew up in Northern Wisconsin