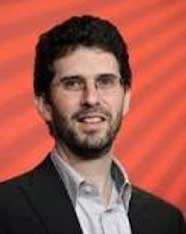 Born and raised in southern California, Joshua Marston’s first interest was photography. Contemplating a career in photojournalism, he worked as an intern at Life magazine and ABC News during the first Gulf War. He liked the idea of going into foreign places and capturing environments, but found that documenting stories through photographs wasn’t enough – he wanted to tell stories on film.

After teaching English for a year at a high school in Prague, Czech Republic, and receiving an MA in Political Science from the University of Chicago, Marston decided to follow his dream and enrolled in film studies at New York University. While there, he wrote and directed several award-winning short films, including Bus to Queens (1999), which won Best Student Film at the Nashville Independent Film Festival and Best Drama and Best Student Produced Film at the Canyonlands Film Festival.

He was intrigued when he heard about the true story of someone who had worked as a drug mule, and began reading about what had been happening in Colombia. Marston then wrote the first draft of what would become his first feature film, Maria Full of Grace (2004). After traveling to Colombia, he completely rewrote the script and had it translated into Spanish.

The film won the Alfred Bauer Award at the Berlin International Film Festival and the Audience Award at the Sundance Film Festival. Marston then drove alone through the Southern United States, searching for fresh ideas. In 2009, he directed New York, I Love You and more recently in 2012, he did The Forgiveness of Blood.