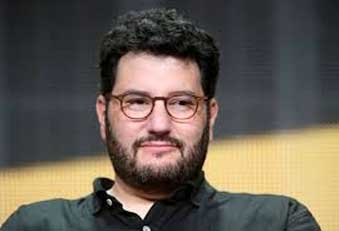 For a decade, Jack Amiel, along with his writing partner, Michael Begler, worked constantly on the staff of numerous network sitcoms ”Empty Nest” to “Malcom In The Middle” while also writing Pilots from ABC, FOX, CW, CBS and The WB. Then, in 2000, they made their break in feature with their independent projects before writing the Disney film, “Raising Helen,” directed by Garry Marshall and starring Kate Hudson, Joan Cusack, John Corbett and Helen Mirren.

Their second Feature to be released was “The Prince and Me” which starred Julia Stiles, Miranda Richardson, and James Fox, and was directed by Martha Coolidge. They also worked on “The Shaggy Dog” for Disney, starring Tim Allen, Robert Downey Jr., Danny Glover, and Several other big-name actors in search of a large paycheck.

Born and raised in Manhattan, Jack consistently underachieved at the prestigious Fieldston School in New York City, and eventually went to the University of Wisconsin-Madison, where he majored in History and laziness.

Now based in Los Angles and happily married with his wife Darcy, with whom he has two sons, Jack has a bunch of projects and several studios… He has a comedy that was recently purchased by Disney in a high-profile spec sale, he is also in the midst of doing a production rewrite on “Wide Hogs 2,” in anticipation of that movie’s start date was in April 2009, and his still keeping a hand in Television, having written two comedy Pilots for CBS last season, and most-recently selling a new 1/2 hour romantic comedy and Big Miracle (2012) to that network with hopes of making it next fall’s TV schedule.

In addition to shilling foe the studios Ameil and Begler are also nurturing several smaller, more intimate and challenging independent projects; including one they preparing to (Big Surprise) direct themselves.