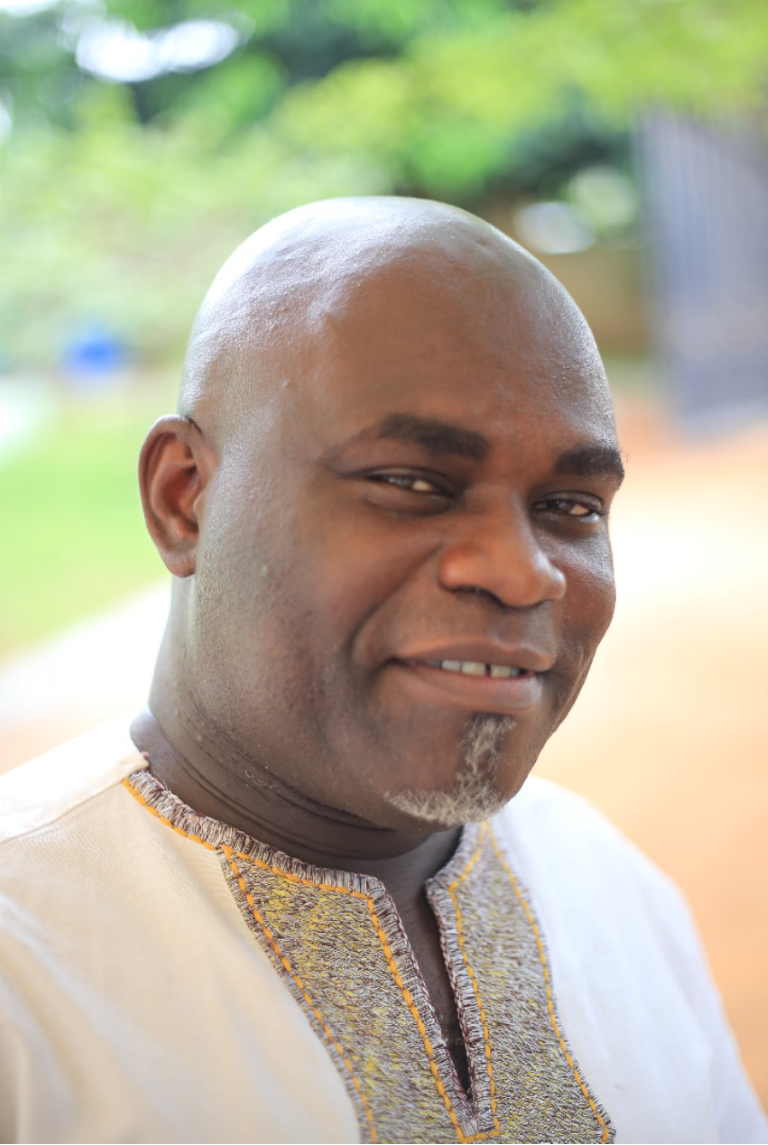 My name is George Bosompin, a film director and a lecturer coaching students in scriptwriting and directing at the National Film and Television Institute (NAFTI). I am an ardent Manchester United fan, I like football and I play basketball too. I played at my high school
games.

Growing up, I lived in a community where the arts thrived yet no one thought I will be a filmmaker until I started acting when I was sixteen years old. I travelled the length and breadth of Ghana with my high school group performing on stage. After high school, I acted
on television for a decade.

My desire for filmmaking sent me to film school. My passion for drama was well noticed by my lecturers, yet my biggest award came from documentary in 2003.

Amongst the many projects I have worked on as a filmmaker, it’s ‘CHORKOR TROTRO’ TV Series which was aired on National Television and has won awards. I love writing and directing with attention to detail. I love music as well, especially live band music.
In 2002 I had my first adventure into the TV Series world. I started with Cape coast Motel, then over the years I made, District Colonial Court ,All that Glitters, Chorkor Trotro and BNS- Barber and Shoeshine boy. These were series that commanded lots of eyeballs, so it came with good ratings.