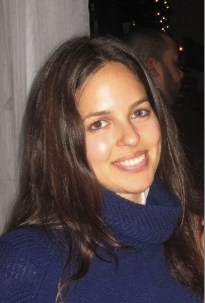 Esther de Rothschild is a New York City public school teacher, and has worked in education for over 10 years across four continents. Her Humanities class at the School of the Future focuses on story: reading, writing, acting and analyzing true and fictional tales from around the world.

Previously, she worked at Harlem RBI, developing youth enrichment programs such as journalism and video production. She has also served on the board of a school and has taught workshops at places like Columbia University.

Although Esther’s background is mainly in education, she has also studied film and worked on feature productions such as Brother to Brother and Waking Ned Divine. She recently wrote a screenplay that won the Screenplay Search Best Dramatic Feature award.

She studied immigration at Brown University, education at Northwestern, and screenwriting at the New School. Esther is excited and honored to be a part of this Maisha Lab.