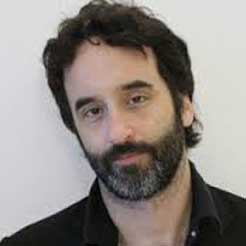 Don McKellar was born in Canada and has a valid career as a writer, director and actor. He was the screenwriter of “Road Kill” and “High Way 61”, and co-writer of “Dance”, “Me Outside”, the Genie award-winning “Thirty Two Short Film about Glenn Gould” and “The Red Violin” (he also appeared in the Latter Two). He received a Genie Award as Best supporting actor for his role in Atom Egoyan’s “Exotica” and The Prix De la Jeunesse at Cannes for his directorial debut, “Last Night”, which he also wrote and starred in. He also wrote, directed and played the lead in “Child star”, His most recent film. His stage writing credits include the five plays he co-directed with the Augusta Company and the book of Musical “The Drowsy chaperone” for which he won a Tony Award. He also wrote and starred in the CBC TV series “Twitch City.” Other films and television appearances include David Cronenberg’s “eXistenZ”, Atom Egoyan’s “Where the Truth Lies” and the series “Sling and Arrows” for Rumbas Media and the Sundance Channel. Recently he collaborated on the Film adaption of Jose’s Saramago’s noble prize winning Novel “Blindness” directed by Fernando Mereilles, he wrote the screenplay and stars with Julianne Moore, Gael Garcia Bernal and Mark Ruffalo. The film opened the 2008 Cannes Film Festival.