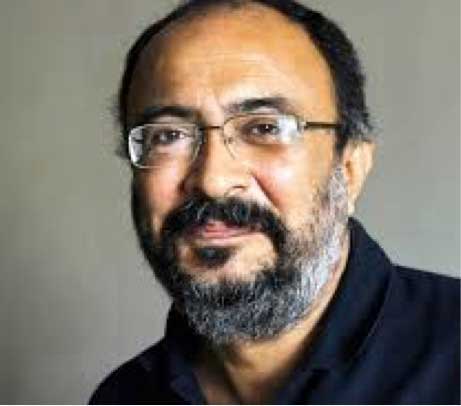 Anjum Rajabali (56) wrote his first film “Drohkaal” in 1992, in collaboration with director Govind Nihalani. Subsequently, five more films written by him have been released, including “Ghulam” (The Slave) and “The Legend of Bhagat Singh”. Along the way, he also headed the Information Research Department at Business India magazine, was the commissioning Editor of a TV channel, set up and headed the script department of iDream Production for Two years, and has been a script doctor, consultant and a mentor for several films as well as production houses. He is also the head of the head of screenwriting department at Film and Television Institute (FTII) Pune and Whistling Woods International Mumbai. Anjum has also been a mentor at Maisha Script Writing lab and conducted a screen writing workshop for them. He frequently holds workshops in India. Is currently writing the scripts of the forth coming films ‘Rajneeti’, ‘Asatya’ and ‘Aarakahan’