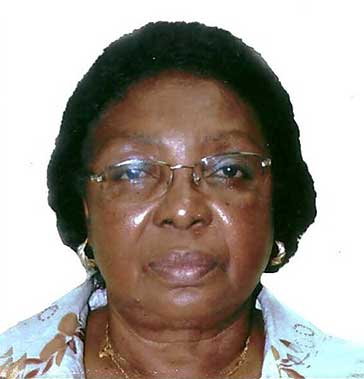 Amandina Lihamba is a Professor in theatre arts and has recently completed a tenure as the Principal of Manawa University College of Education of the University of Dar Es Salam. Before that she was the Dean of the then Faculty of Arts and Social Sciences, Director of Public Service and Head of the Department of Fine and Performing Arts of the same University. Her research interests and for which she has also written much include culture, politics, communication, the arts, gender studies and education. She has been one of the pioneers of initiatives for art and development, gender equity and equality in education and the arts including the Tuseme programme, which has received international and regional attention. A recipient of Rockfeller, Fulbright and other fellowship awards, she has also been the Chair and member of numerous regional and national organizations of theatre, culture, media, gender and governance. She has thus vast experience in community facilitation, strategic planning and implementation as well as monitoring and evaluation. Her training includes a Masters in Fine Art from Yale University in the United States and PhD from Leeds University in the United Kingdom.

She has published numerous articles, which have appeared in journals, as chapters in books and some of the books include:
Hawala ya Fedha; Harakati za Ukombozi (with May Balisidya and Penina Mlama); Mkutano wa Pili wa Ndege, Ayubu (with Paukwa Theatre Group); Sokomoko; and Women Writing Africa: Eastern Africa Volume (with Saida Yahya Othman et al)