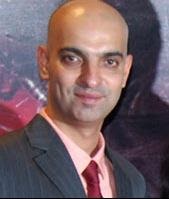 Abbas Tyrewala is a Mumbai-based scriptwriter and filmmaker. He began writing advertising copy while still in college, and got a job with O&M advertising as soon as he dropped out. Within a year, he realized that he wanted to write for movies, not commercials. He quit O&M and started writing TV scripts for various fiction and non-fiction shows, while sporadically writing lyrics for film songs.

He won numerous awards for these films, including the 2004 Filmfare award for Munnabhai MBBS. Further, each of these films was distinct from the others in tone and genre; from the dark retelling of William Shakespeare’s ‘Macbeth’ based in the Bombay underworld (Maqbool), to the quintessential Bollywood blockbuster (Main Hoon Na).Aamir Khan Production’s Jaane Tu… Ya Jaane Naa (2008) was his first film as a director, for which he also wrote the script and lyrics. The music was composed by A.R.Rahman. The movie (as well as its music) was a major commercial success, and was promptly followed by the commercial debacle of Jhootha Hi Sahi (2010).

He likes to believe this was imperative for his growth as a filmmaker. It built character. Currently, Abbas has written the dialogue for Bang Bang (2014), India’s most expensive film to date (based on the Tom Cruise – Cameron Diaz starrer Knight & Day), and completed the post-production of Mango (2015), his third film as writer-director.