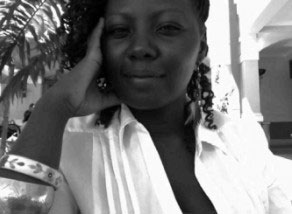 Wanjiru Kairu is a Kenyan filmmaker interested in creating captivating films that promote dialogue on social issues. An alumnus of the Berlinale Talent Campus in 2006 and the Maisha Film Lab 2007, Wanjiru’s short films have been official selections at festivals such as the Pan African Film Festival, Durban International Film Festival, ION Film Festival, and the New York African Film Festival among numerous others. Wanjiru currently writes and directs for different TV drama series and is also adapting Martin Njaga’s short novel, “The Brethren of Ng’ondu” into a feature.
Her Commonwealth Short ‘New Year’s Eve’ was shown as part of the Commonwealth Shorts launch in Auckland, New Zealand, 26th February.

“Throughout this journey, I re-learned how to develop, research, and write a universal story with a deep controversial issue. The insights I’ve gained are excellent and the team’s dedication to the task at hand, particularly through some testing moments, was second to none.”