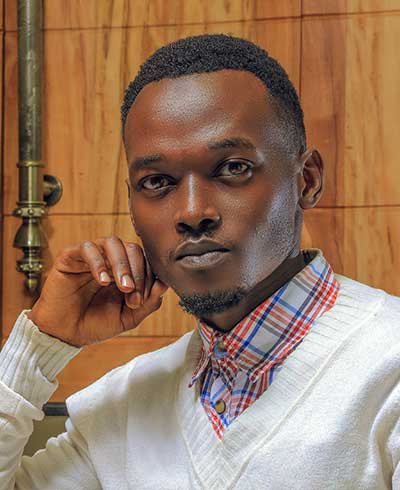 Usama Osam Mukwaya is a Ugandan film director, screenwriter, actor and television host. He broke through his writing career with his short film Hello that won overall best film in the 2010 MNFPAC students’ awards. His film credits include Hello (2010), She Likes Prada (2011), Bala Bala Sese (2015) and his latest 2017 film, a directory debut – Love Faces.

Usama, who currently resides in Uganda, started his writing career as a child. In 2010 he joined Dan Kiggundu’s Maryland Productions where he debuted as a script editor and supporting actor in the TV drama Pain of lies that premiered in 2011.

Through Uganda film network, he later joined Mariam Ndagire Film and Performing Arts Center where he did his first short film, Hello which won the overall best film in the MNFPAC awards 2010. In July 2011, he then made it to the final selection of the 12 screenwriters from all over East Africa to participate in the 7th Maisha Film Lab ending up with collaboration with Diana Karua in the making of the movie She Likes Prada.

In 2011, Usama won the Young achievers award in the film and television category, the youngest among the winners to win the award in the newly introduced category alongside Rwandan president Paul Kagame, who won the Lifetime achievement award.

Amidst other four young directors in August 2012, he directed his first film, Smart Attempt written by Julian Nabunya and Abel Mwesigwa during the first season of the Movie Furnace programme. He went on to participate in the program’s second season with his short film In Just Hours that had him emerge the season’s winner for best short film director. He has worked as a General Secretary and Treasurer Screenwriter’s guild of Uganda Film Network and as General Secretary Pearl International Film Festival. His debut feature film screenplay Bala Bala Sese was released in 2015 and has continually been one of Uganda most successful local films.

Usama is credited to be the co-founder of Pearl International Film Festival alongside Magezi Moses. The first of its kind indigenous film festival aims to draw attention to raise the profile of local films with the aim of contributing towards the development of Cinema of Uganda.

During his time at Maisha, he was a participant and he attended the Annual Lab 2011 where he worked on the film She loves Prada. Usama currently works as an independent filmmaker.

His recent short film Rehema with fellow alumni Allan Manzi won the best short film at 2017 Uganda Film Festival. He is also yet to premiere his debut directory feature, Love Faces in late 2017.