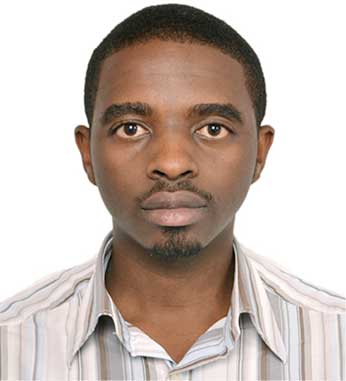 My name is Sibomana Jules, I’m 24 years old and I’m a Rwandan by nationality, born in KIGALI city GASABO district.

I completed primary school in 2002 in Kicukiro Primary School, my secondary school in 2009 in Groupe Scolaire St Joseph Nyamasheke and now I hold a bachelor’s degree in Civil Engineering obtained in College of Science and Technology (CST), former KIST. In 2011, I have been trained in film making (Script writing, Directing, Sound, Editing and Producing) at KWETU film institute for 3 month, in 2012 I attended an animation workshop at KWETU film institute for 2 weeks.

Now days I’m a film director and a script writer, I have wrote and directed films like Special thieves produced in 2012 and Isonga TV series produced in 2014. Now I’m one of coordinators of a GIZ project called Shade the light on your right, which is about freedom of expression.

I attended the Maisha Screenwriting lab in Rwanda 2014.