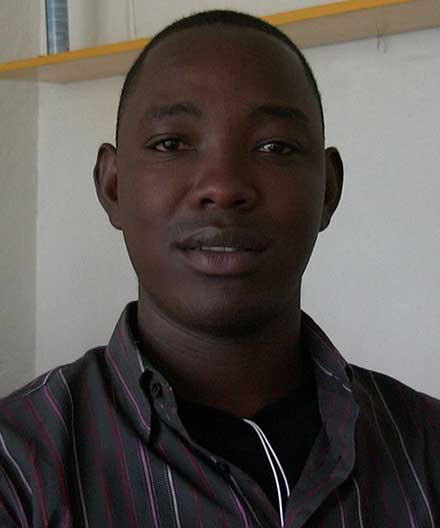 Ronald Mackio is a graduate of Kenyatta University with a degree in Education (English and History). After graduation, he chose to teach through films rather than in the class room. He is an astute writer, both creative and factual.
Currently, he has formed a company, Odios Creations, with Titus Maina. This company is a member of an Umbrella organization made up of writers, cameramen, editors, production managers and business developers whose aim is to better the film industry in Kenya. Through this organization, he has co written and produced shows like NTV’s “Weekly Show” 2008, The CfC Stanbic Bank Magnate 2011, Africanism 101 currently in post-production and several projects currently in the pilot stage.
He is also a keen follower of the political scene and writes satirical articles posted on his Facebook page (facebook.com/Ronald Mackio) and intends to open a page dedicated such writing.
He aspires to be part of the creation of a vibrant film industry in Kenya that will create and provide employment, education and entertainment for all.