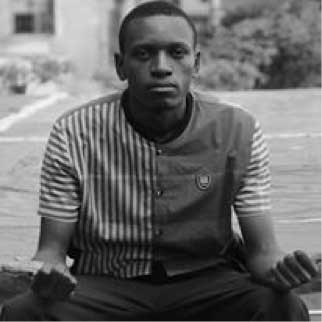 Roger was born on 7th April 1990 in Western Uganda. He is a Lawyer turned Filmmaker, Writer and Director.  Rogers had a child hood dream of being a filmmaker and moved on to chase his dream opting not to practice Law despite graduating from Nkumba University in 2014 with a good Law Degree.

He started writing as early as Primary, where he usually wrote plays for his classmates.  In secondary, he wrote a play for his school, going on to be the best play in the District MDD competition, which gave more zeal to chase his dream.

He wrote his first movie script in 2009, under the UGANDA FILM NETWORK WRITERS’ GUILD under Mariam Ndagire. He then moved on to attend and participate in the MAISHA FILM LABS (Twice, 2011 and 2014) under the supervision of Mira Nair thus acquiring Certificates in Film making, Writing and Directing.

‘THE TEST’ was his first Short film after a failed trail to direct another short ‘3DAYS’ due to some complications. He has written 3 features, 5 Shorts and 1 TV series.

He currently worked on the production(s) of ‘SARA’S NOTEBOOK’ & ‘QUEEN OF KATWE’ as a 4th ASSISTANT DIRECTOR and CASTING ASSISTANT respectively. He has been involved in lots of films as an A.D, Casting Director and Production Manager both In and Out of Uganda.

At the moment he is working on his 5th Short film MAHR (shot in Egypt) about the role of Dowry in African Cultures and institution of Marriage(s).