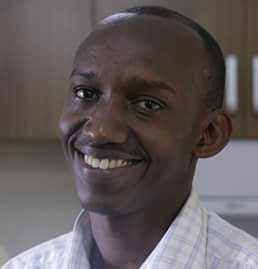 I am a male Ugandan, with a background in Journalism, technical configurations, and finding solutions to technical or other practical problems. I Diploma in Journalism & Mass communication, From United Media Consultants & Trainers in Kampala.

I have managed to be team member and lead it when called upon and have developed positive and successful relationships with both internal and external Audience. My experience in TV & Film Production has given me an understanding of different sub-disciplines that is configuration and administration more so in my previous position as video Editor at Insites Uganda (TV & Film Production)

After my involvement with Maisha so much has changed for me in the film industry in terms of picture composition from my perspective. There’s so much to see and engage with beyond just the set and the moments between “Action!” and “Cut!”
I think spontaneity is a critical piece of my artistic modus operandi. While properly run film sets are quite predictable and scheduled affairs. I have been a participant as a Videographer Maisha Film Lab 2012, some of the projects I have been involved in various short films: Nector – Lighting, Sunday – 1st AC.

2012-todate, freelance videographer and the Director of Photography at Fastrack production

I was involved in shooting Hostel Season 4, Balikowa Season 1 to mention a few. I am also a volunteer in the communications and marketing department at MAMA alive Uganda an NGO Company that deals in Quality population and Quality growth. Due to my quite extensive 4-year experience in the Media, I have revolved around camera work, Lighting, sound technician, and video editor.