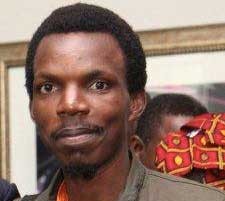 Has made a name for himself as a writer and director in Uganda and Africa. He trained with Maisha Film Lab in 2007 as a film Editor he later founded Afri-plus films Ltd one of Uganda’s leading filmmaking company.

In 2009, He directed and produced his debut film Origin of sin which scooped best feature film at the Silicon Valley African film festival in 2010.

In 2010, he was one of the directors selected for the training program with one fine day films under the mentorship of acclaimed German filmmaker Tom Tykwer – where he emerged best director.

He is an award winning director who won Most Gifted Filmmaker in Uganda at the annual Super Talent Awards – 2012.

’The Ugandan’ was also got selected for the official competition at the biggest film festival in africa -FESPACO – 2013.

Patrick sekyaya is also the Ugandan spokesperson to the Pan African Federation of Filmmakers (FEPACI) – the largest film association on the african continent.

His film The ugandan has been rated by microsoft as one of the top ten african films of 2013.