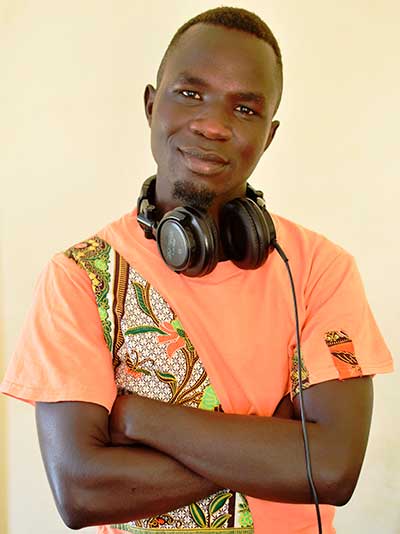 Ojok Francis Odong is an ardent Scriptwriter and Director. He is one of the success stories of Youth and Film Uganda; a pilot project by Maisha Film Lab in Gulu, Northern Uganda in 2011-2013.

As a writer/Director, he has over 5 short films under his belt. Some of these short films include; My Lost Wallet, The Parcel From Jennifer, Give Him, It Must End, Rise Of A Great Warrior, The Grinding Machine and Offline.

He was also among the 15 Scriptwriters in Uganda who were selected for Uganda Screenwriting Lab in December 2014. After that Lab, he got hired as Program Manager Creative for Maisha Film Lab’s Youth and Film Project in Northern Uganda in 2015/16 where he facilitated weekly film screenings in Gulu and monthly film screening in Kitgum and 5 Schools Film Clubs. During the project, he also coordinated the production of over 25 short films made by youth in the Northern Uganda.

Francis has also done work for international agencies like Peace Corps in 2015 and 2016 where he documented their workshops in Kampala, Masaka and Entebbe.

In 2017, he also ventured into Producing where he produced SAVE A MOTHER, a short film directed by Anthony Okello Odong that addresses the high maternal mortality rates in many African States today.

He also mentors scriptwriting among young people in Northern Uganda.

He has also worked on M-net’s Production, One In A Million, in Nairobi, Kenya as a Directing Apprentice. The show shall air in Maisha Magic East.

He founded and currently works as Director Of Operations of NUHOOD FILMS, an indigenous film art organization in Northern Uganda that offers film training to youth in the region. Together with his younger brother, he is setting up the first film production company called BUL KER PRODUCTIONS to boost professional film productions in the region.