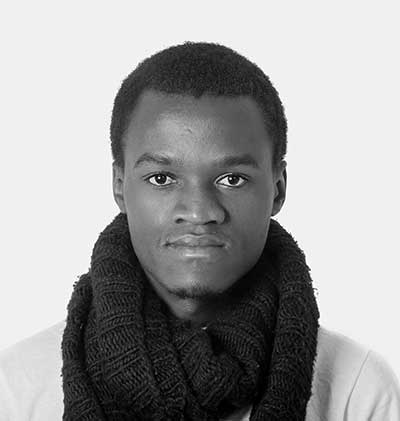 Mutiganda wa Nkunda is a Rwandan film and television writer, director and producer born on October 18, 1989. Graduated with a Bachelor’s degree in Agriculture in 2013, he switched the career to film journalism and filmmaking to pursue his long time passion. As a self-taught screenwriter, his first 4 short fiction screenplays were shortlisted in the Global Dialogues Short Story Creating Contest in 2013.

In 2014, he wrote, produced and directed his first short film RAYILA, a story of a mother who abandons her baby and commit suicide, which was shown and won awards in several film festivals around the world. The same year, he wrote the hit sitcom Inshuti (Friends) which aired on TV 10 Rwanda, the first ever TV series to be produced locally. The sitcom was also released on YouTube to rave reviews. In 2015, during the filmmaking workshop conducted at inaugural Mashariki African Film Festival he worked as a producer on ISHABA, a short film produced at the workshop which was shown at international film festivals and released on DVD by Africalia as part of African Best Short films collection. The same year, he attended Maisha Film Lab screenwriting workshop in Kigali, and also started working as a writer on SEBURIKOKO, another hit 15-minutes comedy series which is still running on Rwanda Television.

In 2016, after 3 years working as a film critic and journalist, he dropped out of the field to focus on filmmaking career. He’s currently directing “City Maid” another Drama TV series airing on Rwanda Television. In 2016 he also wrote, produced and directed his second short film ibanga ry’umunezero (The secret of Happiness) which is on festival circuit. Through IZACU, an independent film production company he co-founded in 2017, he is working on “Pearl Lost in an Empty House”, the feature film he is producing and editing, and “Mama’s lullaby”, his 3rd short film both in post production.