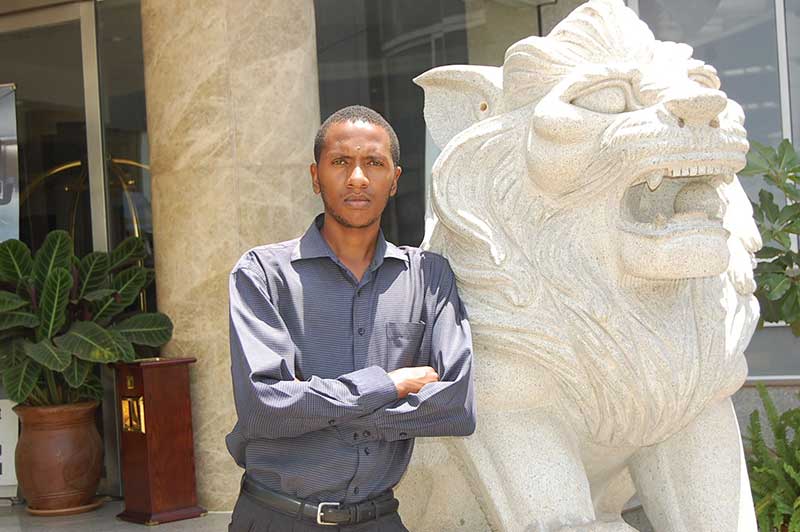 My name is Hussein Omar a.k.a. Moses Ray. I am a film producer, director, writer and actor. I got into filmmaking when I attended the annual Maisha Film lab in 2007. While at that lab I got a chance to interact with mentors from America, Ireland, Brazil and England from whom I learned a lot. I met mentors Barry A. Brown and Kerwin Devonish who worked with Spike Lee on the film ‘The inside man’ and Drew Kunin who was the sound mixer for the film ‘Crouching Tiger hidden dragon’. Some of the things I learned while I was there include directing, editing, script/screen writing, camera work and production. Three different groups were formed to make three short films and I participated in the making of a short film called ‘What happened in room 13’, in this film I majored in sound recording. Within the lab I worked with filmmakers from Rwanda, Kenya, Tanzania and Uganda. Towards the end of 2007 I was called back to another lab to work on sound for a short film entitled ‘Light the candle’. It was one of the three short films that were presented by Maisha film lab to the Commonwealth (CHOGM) at Hotel Africana.

After learning whatever I had learned from the labs I moved on and started up my own filmmaking company called Cybervision. I decided to make my first feature film entitled ‘The Game’ which was released in 2008. I made my second feature film called ‘Campus Times’ which was released in 2010. I moved on to make my third feature film, which is sequel of four parts, and it’s called ‘Everyday People’. In 2012 I worked on a short documentary film called ‘Hope for a better tomorrow’ with a film producer called Odie Trophimus. Of recent within 2013 I have made a feature film called ‘Dead End’. For the feature films I have made, I have taken on different roles such as Executive producer, Producer, Director, Writer, Editor, Camera man and Actor. Some of my films have shown on Dstv and in various film festivals. I believe that nothing is impossible and I am still aiming for the best.