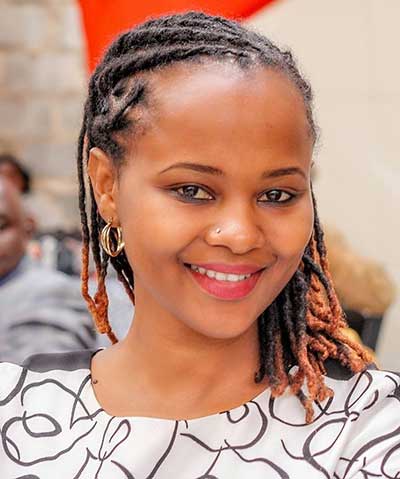 Having acquired vast knowledge in the field of TV & Film production, I aim to be in a challenging position in the broadcast & entertainment industry utilizing abilities developed through my experience, training and necessary interpersonal skills, the outlook being professional growth based on performance.

I started out my career in the newsroom interning as a reporter and later delved into the world of PR. I then chartered my way into photography – video and stills, and eventually found my niche in motion editing. I have garnered experience on the bench having worked on various Kenyan TV drama series’, documentaries, commercials, short films and the Internationally acclaimed, award winning Kenyan feature film, ‘Nairobi Half Life’. I have been recognized for my role as film editor on this feature in the Kalasha Awards 2012 (Kenya), the AMAAs 2013 (Nigeria), and AFDA 2013 (Tanzania).

Currently, I work as a consultant TV and film editor on various local and international projects as I pursue personal development of my writing and directing skills.
On it’s last two series’ of Makutano Junction, a Kenyan TV drama series, I was also involved in the Writing & Directing and this contributed immensely in terms of growth and harnessing the skill of directing. (2016)

Away from work, I’m an outdoor enthusiast, who enjoys the arts and travel, and also volunteer as Publishing Editor at Tentmaker Interactive Media (TMI) Kenya. TMI is a creative design studio that specializes in providing unique visual media solutions to it’s clients.

LINKS TO MY PORTFOLIO AND PROJECTS WORKED ON