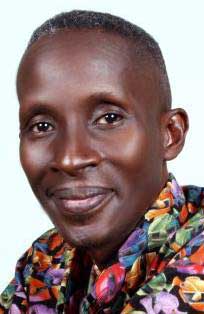 Kwezi Kaganda Ruhinda is an accomplished actor, writer, and director. He started his performing arts career with The Ebonies while still studying drama at Makerere University. He is renown for his lead role as “The Inspector 002” in The Ebonies dramas for which he won accolades. He later joined Namagagali where he taught English Language and English Literature in the college and Creative Writing and Drama at the University.

He later relocated to Kampala to pursue his dream as a film maker. He attended several Maish Film Lab workshops in different capacities. He is the brain behind the now very popular TV series The Hostel which he initially wrote and directed before he became the Head Writer and Script Editor.