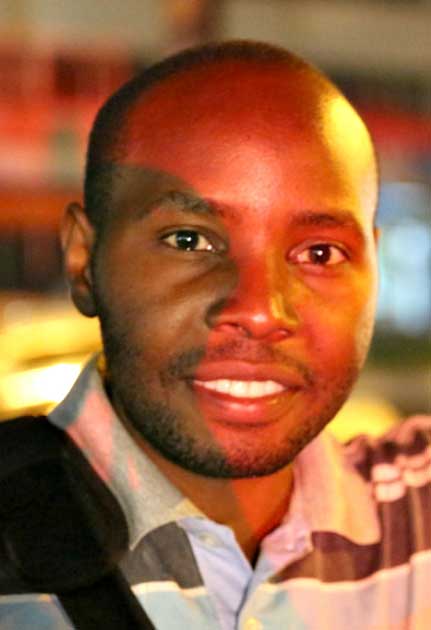 After writing the script; SWAPPED film script, he was selected as a finalist to participate in the Maisha Annual Film lab 2010 where he further developed the story from and became a Production Manager for the film BLACK HILL and later GUARDIAN ANGEL and SHOP GIRL with Akan productions. He Produced and Directed SWAPPED in February 2011. In November 2011,he worked as an Assistant Director of EVERYDAY PEOPLE, Cybervision’s latest feature film. In early February 2012,he directed Makerere University’s 45minutes student film-BREAKING THE MESH after winding up his degree.it premiered at Zanzibar International film festival in 2012. He has directed, produced and edited a couple of shortfilms and documentaries with an American filmmaker; Tony Angelo on projects like GOTTO, AFRICAN AMERICAN FOLKLORE, ENEMY OF MY ENEMY, and I AM WHO I AM. He was Assistant Director on the 2011 prize winning short film-ME&MYSELF by Atukunda Rogers. He has adapted the Julius Ocwinyo’s novel Fate of The Banished for the screen, and hopes to shoot it by end 2013.In 2013,he has assistant directed a short film THE PRESENT, directed by Matovu Kenneth, it’s in post production currently. He wrote, directed and produced his latest film HANG OUT which premeired on 16th April 2013 in Kampala and won an awards of Best Actress in Supporting role at the Pearl International Film Festival and will soon air on Africa Magic (M-NET). He has written and directed the short WATCH OVER ME (2013) that is currently in postproduction.