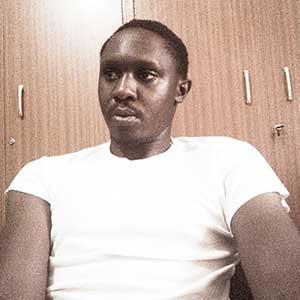 Kenneth Matovu is an enthusiast with a great passion of telling and appreciating a good story. In 2010, Kenneth was part of the Maisha Film Program as screenwriting student. At the end of the lab, Kenneth was part of “Rough Boy by Fred Kigozi” crew as 1st Assistant Director. Shortly after, he helped make the “Guardian Angel by Josephine Namuddu” still as Assistant Director. He has also worked on a couple of other film projects after like “Swapped by Kennedy Kihire”. Early this year he was able to direct a short film that he wrote, The Present.
When Kenneth is not making or watching film, his working on my online film platform project (www.uvotam.com). Kenneth currently resides in Bukoto and he can be contacted at kenneth@uvotam.com