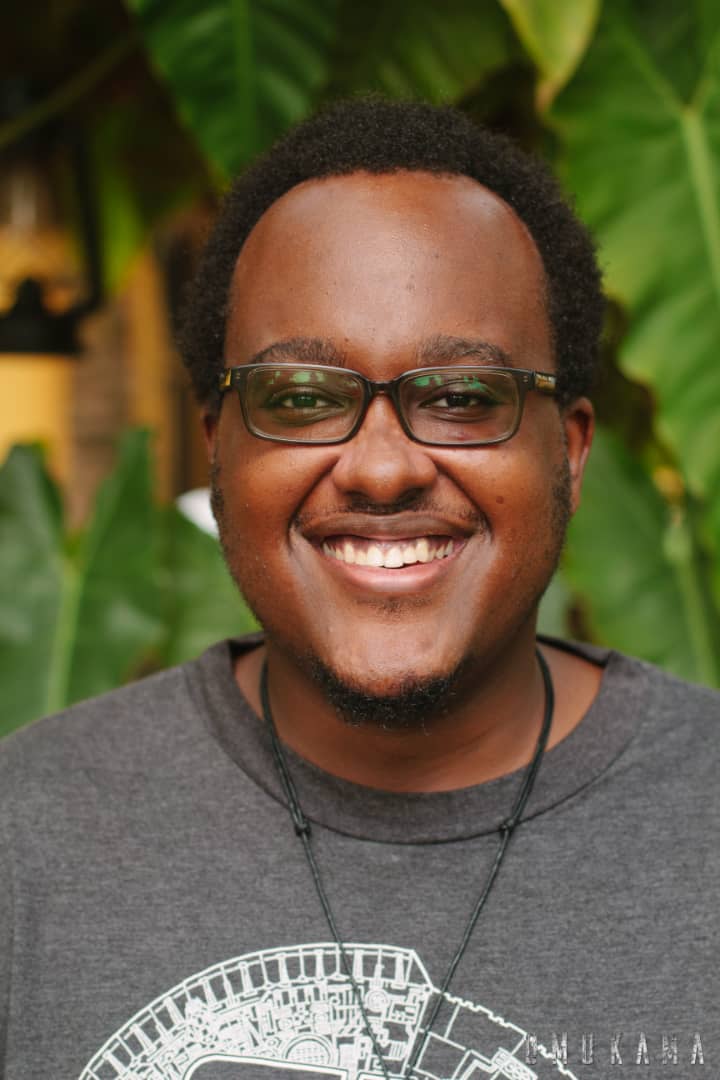 Joel Tugaineyo is a Screenwriter/Director from Kampala, Uganda. He began his film career in Nairobi, Kenya where he penned the pilot script for a sci-fi TV series: ‘USONI’ in 2013, which went on to be screened at the ‘Short Corner’ of the 2015, Cannes Film Festival.

After completing his BA in Journalism Joel wrote and directed two more independent films: ‘Natural Selection’ (2013) – screened at the first 48 Hour Film Project in Nairobi, and  ‘Icarus: The Sound of Burning Wings’ (2015).

Joel returned to Uganda in 2016  and worked as Program Co-ordinator at Maisha Lab until 2017 where he had the  opportunity to mentor in screenwriting at a few labs and work as an Assistant  Director on the HBO/Maisha Short Documentary: ‘Ugandan Haven’.

Currently,  Joel co-produces a film podcast called, ‘Cinema Red Pill’ and works part time as  both a Photographer and a Copy Writer.