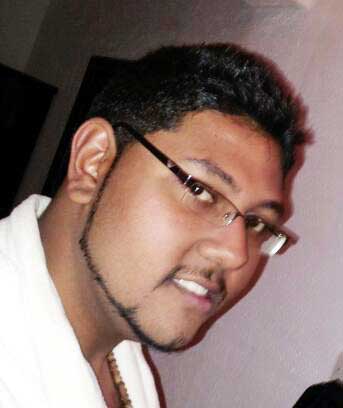 Jayant Maru is a second generation Indian born in Kenya and lived in Uganda. Currently student at the University Of London International Program studying BSc Sociology With Law. Having divided his time between Uganda, Kenya and London has given him an opportunity to balance out the differences in society both Negative and Positive…

He is also a TEDx independent event organizer in Uganda and so far has altogether 5 TEDxKampala and TEDxMakerereHill Events under his belt..

His film career started when he attended the Tongues On Fire Film Festival in London and was inspired by the film making industry because Throughout his youth, he aspired to be an Actor, Writer and Filmmaker!! Having the passion for film making burning inside. He returned to Uganda and worked as a production manager in a film “Everyday People” (2011).

In 2012 he debuted as a Lead Actor in the film “Hang Out” and was nominated for Best Lead Actor at the Pearl International Film Festival. Having had some film making experience and attending various workshops and self taught Jayant Maru Ventured in his Directorial debut in 2013 “THE ROUTE” a film set against the backdrop of the brutal Human Trafficking Industry..Which was Invited at the African Movie Academy Awards for a screening at the Bayelsa Book and Craft Fair on 18th-April-2013..At present He is working on a short film “Watch Over Me” and also Hoping to premier “THE ROUTE”…