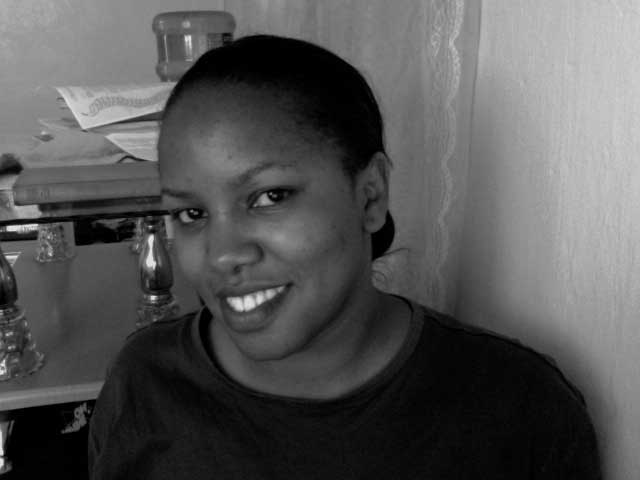 I am Janet Madiangi. Cleared college in May 2007 where I got a diploma in TV production though I did sound as well. I attended Maisha film Lab in 2009 as an editor and edited Dawa by Mark Kaigwa under Osama Qashoo’s mentorship.

I edited my first movie Help by Robert Bresson though as an assistant editor it was released in July 2007.

I then embarked on the pre production of my movie All girls together a Cajetan Boy script that I doubled as producer and editor. It ran on Numetro cinemas for three weeks after its launch in July the following year.

I got into full time employment thereafter with Tiger Aspect UK under Homeboyz Kenya and did Tinga Tinga an animation in the sound department. I then left for starlet Center, as an editor where I did various informatial most notable was Proud to be Kenya campaign. I left starlet in 2010 and took a year break.

I came back in 2012 As a freelance editor I have done various jobs most notable are Noose of Gold for Mnet where I did 3 seasons. It is meant to start airing sometime this year after the final season that is in preproduction.

Take one productions were they mostly do documentaries. Am there on call editor as they have a long running documentary series with Metropolis Netherlands and various clients.

Under De-capture productions I edited the second season of Mwagaza a drama series on good governance and the constitution airing on K24.