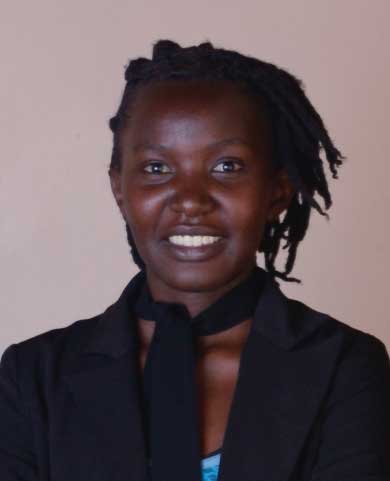 Jackline has been involved in the development, writing and production of several TV series, Feature and short films and Documentary and radio projects. She has been involved in the writing of TV series such as “Sumu la Penzi”, “Girlfriends”, “Jane and Abel”. Her Feature films scripts “Miss Detective” and “Garbage Chief” have been produced and aired M-net Africa Magic.

She has written, directed and produced several short films with “The Box” winning the Best Short Film Award at the 2015 Coast Film Festival and “On Your Marks”  awarded a  laurel during  2017 Miami Epic Film Festival and was screened at the AMC 24 Aventura  theatre  in Miami, Florida.

The proof of concept “On Your marks” Is the first crowd funded short film that was further developed in Maisha film lab 2015.

Besides Film making, Jackline is a trainer who offers hands on skills on set and during workshops. She has trained for Kenya Film Commission county edition, Ustadi Films, Eastlieghwood and Slum Tv Kenya. She is currently working with Queens Court Academy as a Mentor.

Worked on “On Your Marks” as Write r, Producer, Assistant Director and Editor

Writer, Producer and Director of a short Film THE PICNIC

SUNSET AT DAWN” as WRITER, PRODUCER and CONTINUITY.