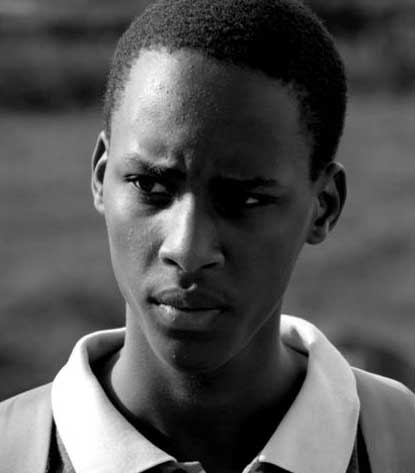 I am Ishimwe Samuel, 22 years old, a young motivated aspiring filmmaker, I finished my secondary studies in 2010 and started working as a reporter and Photographer at the most visited website in Rwanda (igihe.com), I entered the film career in October r 2011 by shooting my short film “Paying debts”(5min) which have been screened in the Rwanda Film Festival, in November the same year I participated in film documentary workshop in Uganda Conducted by Maisha Film Lab, where I worked as an assistant Producer on short documentary (Invisible souls)

In May I participated in a documentary film directing workshop, K-dox, conducted by the Oscar nominated American director, James Longley. In June 2012 I finished a 3months intensive course on filmmaking at Kwetu Film Institute. In September 2012 I participated in writing and directing program called “A Sample of Work” where I have worked on the script of my 30 minutes short film, which I will be shooting in this July 2013.

Recently in July my script “Crossing Lines” won a second award in a local scriptwriting competition organised by Goethe Institute and also attended the Maisha screenwriting Lab in Rwanda this Year.

I’m currently a journalism student at the National University of Rwanda and I’m working on my first feature documentary (Bloody Speech) which follows a propaganda speech made by a Rwandese intellectual in 1992 and its impact in the 1994 genocide, the film will be completed in this October.