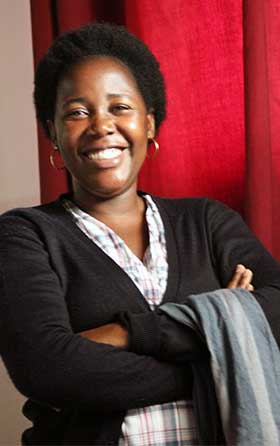 Esther Kintu is a Film Editor with a work experience of over 12 Years having worked on “Centre 4”, a Ugandan medical drama as my first Big Project in 2002.

As an Alumni of Maisha Film Lab 2006, I have been honored mentor young filmmakers at MaishaYouth Lab, Culture and Development (CKU) lab among others.

“ Opera in the Dusty City” an HBO a documentary film, by Solaire Munyana with Maisha Film Lab.(2016)

I love nature, I enjoy Art and I love to Travel.