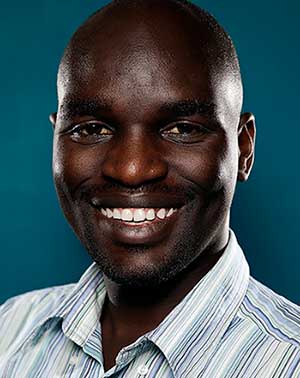 Dilman Dila is the author of a critically acclaimed collection of short stories, A Killing in the Sun. He has been listed in several prestigious prizes, including the Gerald Kraak Award (2016), BBC International Radio Playwriting Competition (2014), the Commonwealth Short Story Prize  (2013), and the Short Story Day Africa prize (2013, 2014). His short fiction have featured in several magazines and anthologies. His films include the masterpiece, What Happened in Room 13 (2007), which has attracted over six million views on Youtube, and The Felistas Fable (2013), which was nominated for Best First Feature at Africa Movie Academy Awards (2014), and which won four major awards at Uganda Film Festival (2014). In 2016, he released his second feature film, Her Broken Shadow, a scifi set in a futuristic Africa. It is now on the festival run, and has screened in places like Durban International Film Festival. More of his life and works are online at www.dilmandila.com and you can watch his films on you YouTube channel www.youtube.com/dilstories

How to Start a Zombie Apocalypse (short film)

What Happened in Room 13 (short film)

The Sound of One Leg Dancing