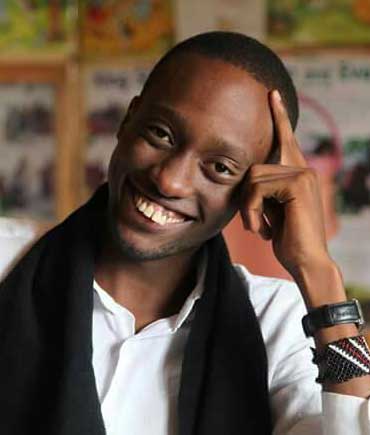 The first film Carlos Lwanga ever watched was THE FOUNTAIN by Darren Aronofsky, when he was seventeen, and it brought tears to his eyes.

He had obviously watched other movies before that point, but he had watched them the way a junk food addict eats — without real pleasure, sustenance or satisfaction. The Fountain then, God bless that movie, was his first gourmet meal; and he swore, he swore to himself he did, that he would become a chef of such incredible grub, the idea of junk food would become anathema in people’s minds and palettes forever more.

Food metaphors aside — you can tell someone was hankering for a five star meal when this was written — The Fountain, and other movies, showed Carlos what was possible through film. From that day forward, movies became more than just another way for him to access stories, but mediums through which he could experience and properly immerse himself in other worlds. And Carlos swore, he swore to himself he did — again, that he would give people stories through film like they have never experienced them before.

A lot of movies today have forgotten this — telling a great story — with their over-reliance on CGI, 3D and big name actors. Which is why Carlos loves the old geezers; the Luis Bunuels and the European cinematic masters; the Scorsese’s, the Coppola’s, the Kubrick’s; the Akira Kurosawa’s and the Japanese penchant for storytelling that focuses on the basics and the beauty of human emotion.

Carlos has studied all these buggers, and more. Every job or profession he has ever taken up has been in preparation for one of his ultimate purposes — filmmaker extraordinaire.

An alumni of Maisha’s screen writing course and a jack of all trades, Carlos has worked as a copywriter, content developer, graphics designer, and a writer.