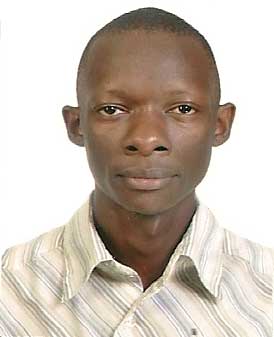 Arthur Denis Mubezi is an impending screen writer and has been blessed with vital opportunities in script writing presented by Maisha film Lab where he has attended two life changing workshops as a writer,  which include the adaptation workshop in 2013 which equipped him with skills in story adaptation for theatre and his first screen writing workshop in 2014 where he developed his first short film script entitled “SORRY DAD” mentored by superb screen writers.

Arthur recently completed a screen writing course from the Virtual script writing class 2016-2017 where he has completed his second and professional short film script entitled “THE TWIST” facilitated by Cajetan Boy who is also Products Development Leader for ET CETERA PRODUCTIONS LIMITED . Currently Arthur is working on producing his first two short films and a feature film called “THE STATE LINK”.

Arthur is currently based in Dar es salaam working PROTECH IT consultants as the technician while also editing  scripts at SKYL FILMS PRODUCTION.