The roots of the Maisha Foundation date back to 1991, when Oscar-nominated director Mira Nair was shooting her second feature film, ‘Mississippi Masala’ in Kampala, Uganda. 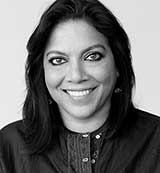 During production, Nair was inspired by Uganda’s rich storytelling tradition, but noted a lack in resources that would allow potential filmmakers to express these narratives onscreen.

Encouraged by her own experiences and the support of the international filmmaking community, Nair founded the Maisha Foundation in 2004. The first Maisha Screenwriting lab took place in Kampala in 2005. Since then, more than 500 participants have attended the Maisha labs on full scholarships, having produced over 50 short films that have been screened in multiple international film festivals.